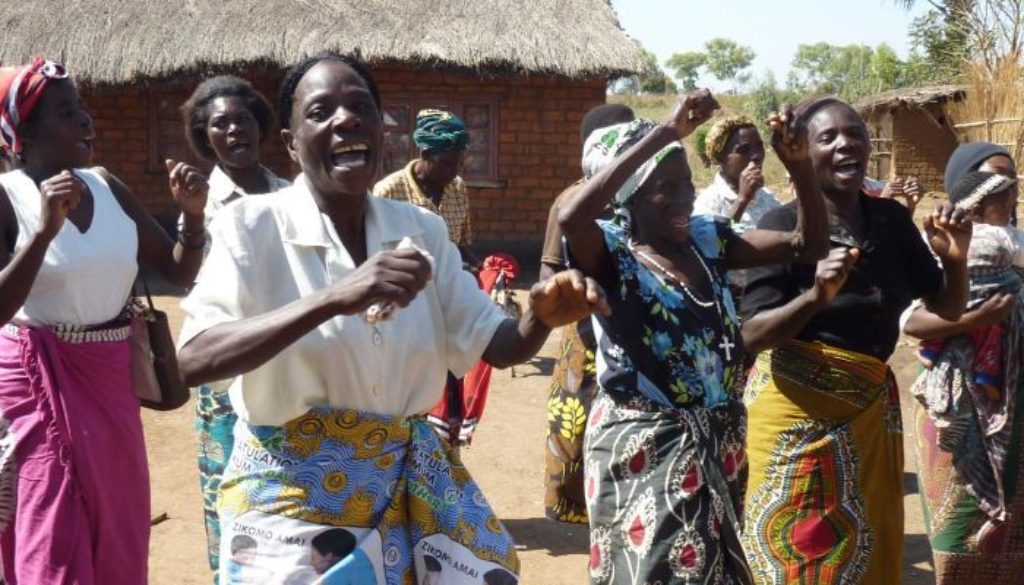 Looking for Leaders in Unexpected Places

When Cathy Burke first came face to face with chronic, persistent hunger, she found it deeply distressing. It was in a small cluster of mud huts, in a dry and dusty patch of desert called Goda-Chili, close to Ethiopia’s Valley of Death.

The non-literate woman who has no social standing and limited freedom of movement, we don’t typically look to her to radically change issues.

There were no edible crops to speak of, villagers were close to starvation and she nearly tripped over a man lying on the ground, willing himself to die so as not to be a burden on his community.

But in epicentres of desperation like Goda-Chili Burke has also encountered inspirational leaders.

‘Hundreds of millions of people worldwide wake up to unimaginable hardship and each day; they manage to feed themselves and their families as best they can,’ she says.

‘They are perceived as a problem, yet they are resourceful and innovative.’

That trip to Ethiopia was more than 20 years ago and since then, in her role as CEO of The Hunger Project Australia, Burke has worked with the poorest of the poor, helping to train leaders.

‘They are the solution, not the problem, and their empowerment is the key to combating poverty and hunger,’ she says.

Philosopher and writer Anthony Howard couldn’t agree more. He believes we are at a crisis point, and that if we are to survive the challenges of the 21st century we need to embrace a new style of leadership.

‘We need men and women who have a capability to see people who are involved in the issues, rather than just see it as a political power game or an economic struggle for wealth,’ he says.

According to Howard, we tend to look for new Nelson Mandelas, Martin Luther Kings and Mahatma Gandhis.

‘We fail to appreciate that the person we know at the end of their life is not who they were at the beginning. They had an opportunity where they said, “I’m not going to be a bystander.”‘

It’s in that same moment, says Howard, that we are all capable of becoming leaders.

He also points out that our language is littered with words that create false notions of leadership. Titles like ‘CEO’, ‘prime minister’ and ‘director’ set us up to only trust those people to solve our problems.

‘It creates a world of thinking that says, “Well, they should do something.” But there is no “they”, it’s only you and me,’ says Howard.

Burke agrees that we typically look for leaders in the wrong places.

‘The non-literate woman who has no social standing and limited freedom of movement; we don’t typically look to her to radically change issues,’ she says.

Burke’s latest book, Unlikely Leaders: Lessons in Leadership from the Village Classroom, is a collection of stories about inspirational women and men she’s met in poorest places on the planet.

‘We need to reframe ideas about where leadership lies. Those of us who are unlikely leaders are the key to radically transforming the complex issues that we face.’

She defines leaders as people who see a problem they didn’t cause and choose to do something about it anyway. The problem can be anything from a tricky family dynamic to climate change.

‘It doesn’t have to be a major global issue. It’s just seeing a problem and saying, “This is not going to happen anymore on my watch.”‘

‘Where opportunities seem next to nil, people are assuming responsibility and achieving incredible things. They are the torchbearers for a new humanity.’

But if we all become leaders, who’s going to follow?

‘That’s impossible. It’s about collaborating with others who also want to make some changes and to move together like a flock of geese,’ she says.