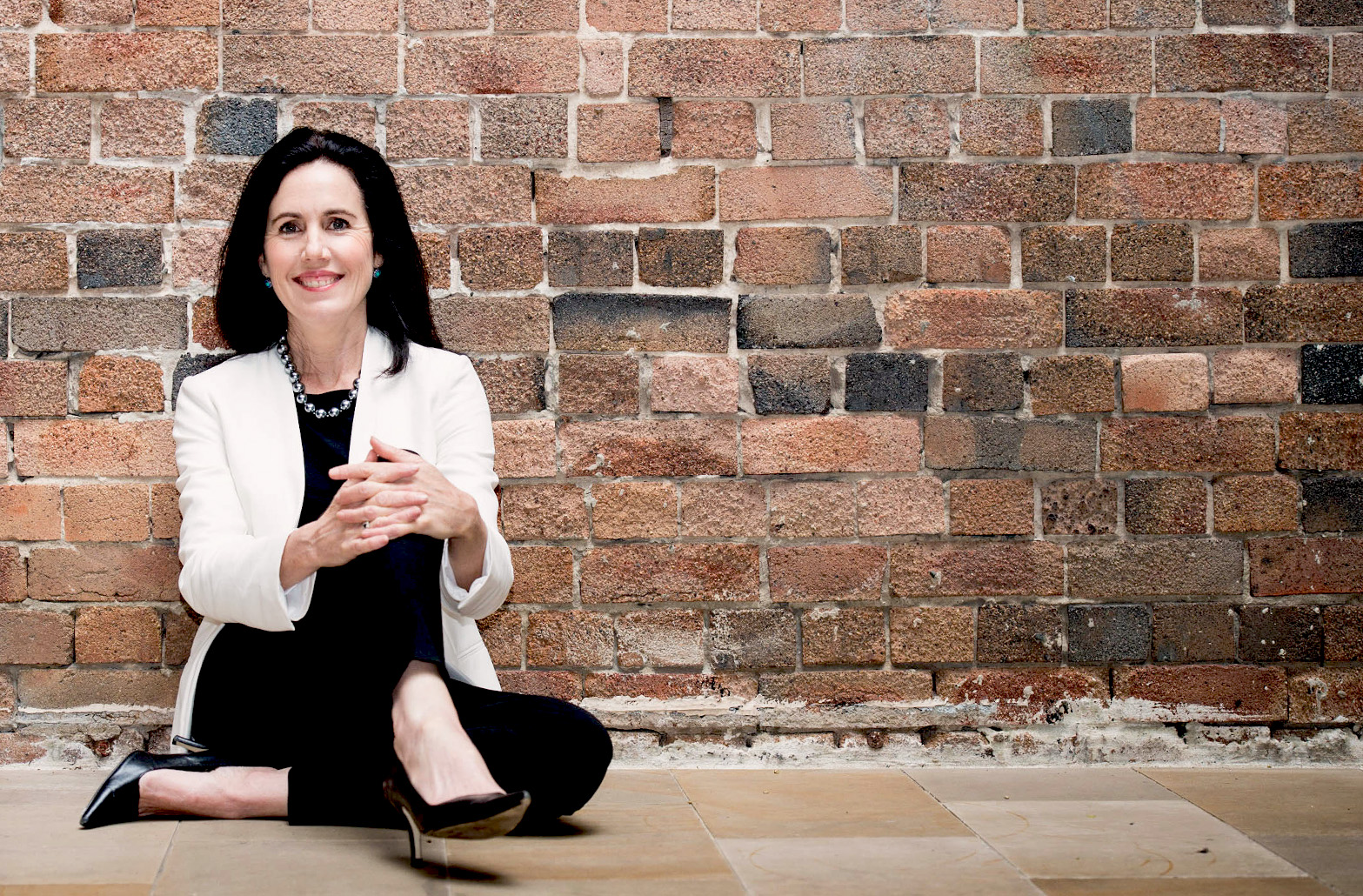 As Vice President and Global Leader, Partnerships for not-for-profit The Hunger Project, Cathy Burke has spent a lot of time with some of the world’s most incredible leaders. But they’re not the people in the top jobs, the rich or running countries – they’re actually some of the most marginalised women in the world. Here, she shares what she’s learnt from sitting in the dirt with women who have used their leadership to break through the most oppressive barriers to lead themselves, their families and their communities out of hunger. Read on for her incredible insights from our recent Movers and Breakers conference, brought to you by Toyota.

If there was only one step of transformative leadership, it would be this one. You may think, ‘Oh yeah I believe in people’ do we actually? In a hunger context, we don’t typically see the hungry people themselves as being the key leaders in ending hunger. We just don’t. We feel sorry for them, we want to help them, we want to sponsor their children, we want to build them an orphanage.

We see them as this enormous mass, separate from ourselves that need more energy to move them in some direction. But we should see them as human beings, and ask how we can ignite their capacity, their leadership, their entrepreneurialism and wisdom, so they can lead themselves and their families. This also includes belief in us, we don’t have belief in ourselves. ‘Oh could I do that? Could I really be the person who learns to love? Or set up a new business? Or heal the relationships in my family that are broken?’ We sometimes don’t feel that we’re that person, we don’t believe in ourselves and we don’t believe in others that they’re up to it either.

2. The power of presence and ‘being with’

This is a bit jargon-y but ‘being with’ is Hunger Project terminology, so I’m bringing you into the crypt with this one. It’s all about being with how things are. Just be with it. Don’t try and change it, don’t make it wrong. Don’t blame someone for it. Just be with it, just clear headily and open-heartedly ‘be with’ how things are. Having the ability to ‘be with’ how things are – it doesn’t mean that we have to accept it or be complacent or do nothing about it, but it’s actually a radical act and a very transformative act. That is a part of being an effective leader, being with how it is. And the more that we can be with it, the better we are able to transform something.

We actually all have a vision, but usually it’s an unconscious one. We may have a vision that was given to us by our parents, or one that society created for us, or our families created for us. We rarely actually consciously envision our own life and, to do so, is a generative leadership act. It’s incredibly powerful. 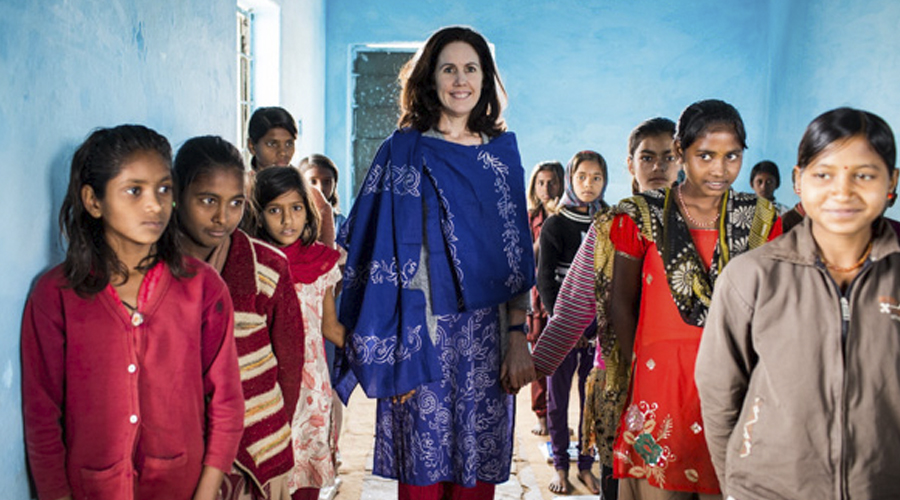 This is really key. If you look at the issue of hunger – poor people aren’t to blame for being hungry. So the paradigm is that they’re not to blame, therefore they can’t really do anything about it. And in Psychology this is called external vs internal locus of control. The external locus of control is that it’s all happening to me; it’s the government, it’s a business, it’s all out here and I’m this victim of circumstance. And don’t get me wrong, terrible circumstances do happen. But personal responsibility is saying, ‘we don’t need to be defined by a circumstance’. And too often we are and we define others by theirs. So personal responsibility is about taking that stand. Take action to resolve something to commit to engaging from that inner perspective. It stops us from being victims and puts us into actually having a say and a stake in whatever we’re about.

There’s this saying, ‘If I want to go fast, I go alone – but if I want to go far, we go together’. And collective power is the bit where we lift each other up. Sometimes we can’t break those obstacles on our own. No matter how much personal responsibility, you need others to work with you.

How can we create an environment that supports and flourishes us? In Australia, we live in a fairly enabling environment. We have schools, we have laws that protect us. But for many places in the world, that’s not possible. We need to be vigilant about the laws that we do have. What’s happening in our workplaces? In our own families? How can we create an enabling environment where love and possibility flourish? You can’t just leave it up to law makers or people in charge to make it happen. This enabling environment is like the antidote to personal responsibility and collective action, but it’s also asking ourselves, what laws do we still need to change, what regulations need to be followed, how can we have our societies in life working away to make us flourish?

If I have a vision and I can commit to it, I can take action, but when you’re up to good stuff, nothing goes to plan – look at your own life, when has everything gone according to plan? Never! This is the resilience piece, how can we find new ways, how do we overcome it in a way that we don’t get stopped?

We don’t celebrate success enough and we also, often, don’t have a very empowering relationship with success. Success is actually being in a state of grace where we can find things to celebrate and to acknowledge what’s working about ourselves and what we’re doing. And that success is very different for everyone. We all have it. Success isn’t a place where you get to, we forget to experience joy and gratitude of success along the way. And there’s this point when we think ‘okay when this happens, or when I get married, or when I lose 10 pounds’ – but how do we create an environment of success? How do we let ourselves experience it when something good happens? And then go onto the next thing? I think actually allowing ourselves to experience and savour success, particularly for women, is an amazing thing.

We often think that we’ll give back when, ‘I’ve got my first million’, or, ‘when I finish my degree’, or ‘when I’ve got the kids off my hands’. It’s something that, ‘I need to have all these resources of time and money and energy in order to give back to someone’ and it’s very unnatural paradigm to come from, because if you think about it, whom are you giving back to? You’re not giving back to anything out there, you’re giving back to yourself. And I feel we all have something to give. I think we have enough – we have enough to give, to serve, to lead. And we find who we really are when we engage and serve and contribute to others. And when we’re not doing that we’re conscious of what we don’t have – we have this scarcely mindset of ‘I don’t have enough time, enough money’ and it’s a really unhealthy paradigm that we all live in. Our society is constructed upon this paradigm and giving back is a real antidote to that. It interrupts that lie.

Stuck On A Loop And Can’t Shift It?